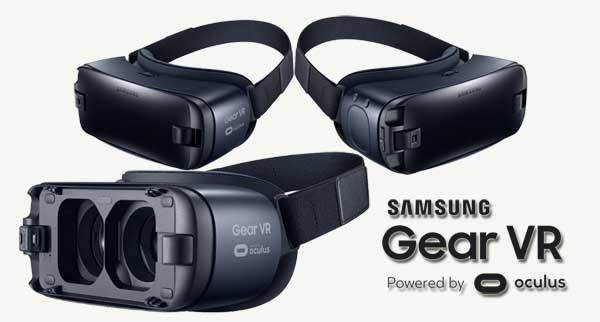 The Samsung company announced the release of new Gear VR with joystick. The first of the Samsung Gear VR with controller is designed in collaboration with the company Oculus. It was created and is a great development for the field of virtual reality because it helps users to have even greater experiences!
The controller of the new Gear VR has an ergonomic design providing users with better interactivity and less head movement. Having these features offer the user a comfortable and fun experience! Furthermore, the new controller from Samsung offers the following:
– Allows the user to make many different movements, resulting in the best VR experience.
– The keys located on the control panel (Home, Volume and Back) allow the user to make small movements and have it looking very close. As a result the user can devote himself to the only object that employs him and this is the experience.
– The new controller also features Samsung’s very safe design. The strap that is allowing the user even during the absolute VR experience to have a secure grip which offers thus a secure game. It is also noted that the new Gear VR with controller, is 42mm lenses 101 ° FOV (field of view) and is constructed in such a technology for reducing the dizziness challenge!
It also supports micro USB ports and USB Type-C with a converter.
The latest version of Samsung Gear VR is compatible with the Galaxy S, S7 edge, Note5, S6 edge +, S6 and S6 edge.
The Samsung Gear VR will be available in Greece, early April!