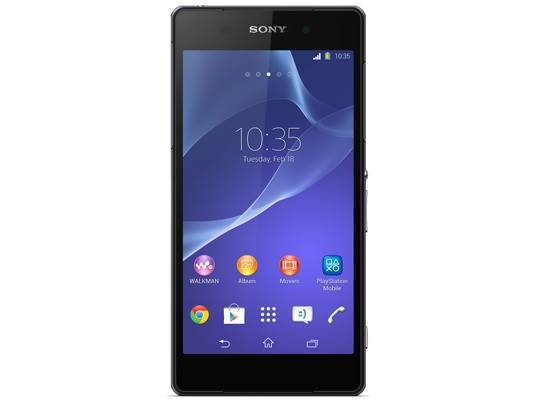 The Sony Xperia Z5 is a high-end Android smartphone manufactured by Sony and released in April 2014. Under the codename "Sirius", Xperia Z5 serves as the successor to the Sony Xperia Z1. Like its predecessor, the Xperia Z5 is water and dust proof with an IP rating of IP55 and IP58. The phone features a new display, a Snapdragon 801 processor and the ability to record 4K videos. The Xperia Z5 also allows removable microSD storage.

It was unveiled alongside the Sony Xperia Z5 Tablet and the Sony Xperia M2 during the 2014 Mobile World Congress in Barcelona, Spain, on February 24, 2014,and was first released in Taiwan on March 24, 2014,in Singapore on April 5, 2014, and entered more markets between April and May 2014. In the United States, the Xperia Z5 was released unlocked through the Sony Store on July 21, 2014.

Many reviewers praised the phone's screen, camera and waterproof design, but criticized its size and some camera software issues.